Beside great wines produced in its territory, Verona is world wide famous also for the legend of Romeo and Juliet. Of course we do not know if Romeo and Juliet ever lived in Verona, but like in every legend there are historical elements inside the story.
The two families, Montagues and Capulets (Montecchi and Capuleti in Italian), really lived in Verona at the end of the 13th Century. At that time in Northern Italy there was the feud between the Pope party and the Emperor party. Even inside the same town families belonging to one party or the other where enemies. The Montagues where among the most important emperor supporting families, and even if there aren’t historical proofs, many believe that the Capulets supported the Pope.

This is probably the scenario in which the story of Romeo and Juliet develped.

Today in the city center of Verona there are still many places related to the legend that Shakespeare made famous.

It is a 13th century brick building. Inside the courtyard a nice balcony for centuries has been believed to be the one from which Juliet talked to Romeo.

It is a very romantic place, visited every day by thousands of lovers coming from all over the world. 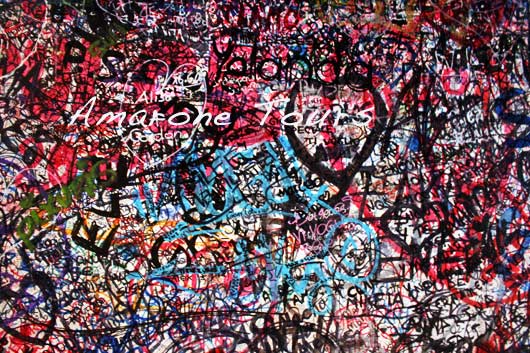 On the entrance wall, people write their name and love phrases inside hearts. It is the so called love wall, almost a collective work of contemporary art, made famous by the movie “Letters to Juliet”. 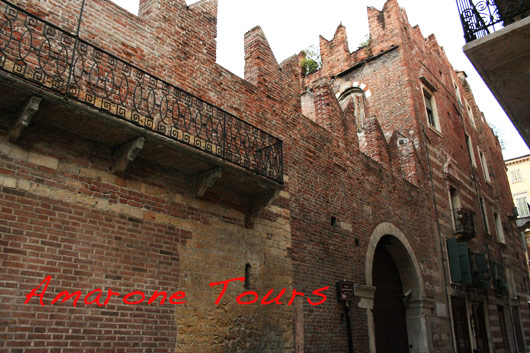 Not far from Juliet’s house, there is another Middle Age building considered the house of Romeo. It looks like a small castle, with a tower on one side and battlements on high walls giving us a good idea of what was the life like in the dark ages. It’s the house of the Montagues, known by everybody as the house of Romeo, and the M-shaped cranelation is a proof that they supported the emperor.

Other Romeo and Juliet related places 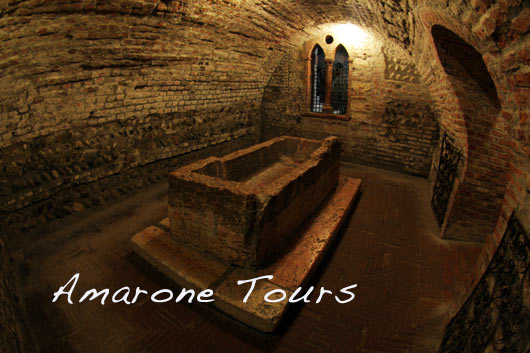 Beside Romeo’s house and Juliet’s house it is also possible to visit other places in Verona somehow related to this famous legend.

Juliet’s grave. In the crypt of the only Franciscan monastery outside Verona wall at the end of the 13th century, an empty red marble sarcophagus has always been considered Juliet’s tomb. It is a very romantic place in which it is also possible to get married.

Verona wall. The midle age defensive system of Verona is still perfectly preserved. They are the walls and gates that Romeo leaved after he was banished from Verona.

Scala family’s castle. The lords of Verona, the Scala family, that had the control of the town at the end of the 13th century really existed. Their palaces, castles and tombs are still perfectly preserved and can be visited.

If you are in Verona for a wine tour in Valpolicella, Soave or other wine producing areas around Verona, don’t miss the chance to visit the town and discover Romeo and Juliet legend related places. Amarone Tours can organize private guided tours to take you to all the most romantic places of Verona.